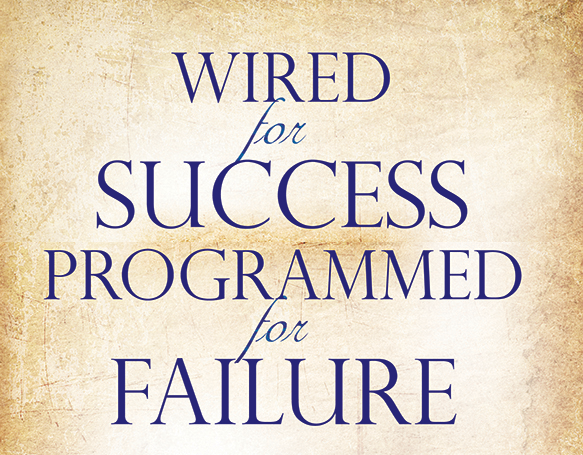 I stepped off of the stage after motivating people to believe for the very best life has to offer, to find myself being confronted by a musician who was part of the program. What I didn’t know was that his in-laws had just suffered a terrible loss. The unfortunate turn of events had hurt him deeply and he was still in a reactionary mindset. As with most people who are reactionary, in order to protect what they do not understand they must fight against what they do not believe.

Before I had the opportunity to say anything, he was “in my face” launching a reasonably controlled but deliberate attack. “I’d like to see you sell this to people in third world countries who are starving!” he blasted. After a five-minute tirade, I was finally able to respond, “I have shared this in third world countries—and it worked!”

Two things about success that we must realize are first, the principles of success are immutable, and second, success is relative. Immutable laws work anywhere with anyone, anytime! Although there are many relative factors that affect the application, the laws are absolute. No two people facing the same situation share all the same factors. There are always variables. Those variables do not change the destination, however; they only change the journey!

I shared the following story with my upset friend. Several years ago while working in Mexico, I was introduced to a family that lived in a drainage pipe just outside the compound where I was lodging. They had small children and lived in deplorable lack. They attended one of the conferences conducted in the small village aimed at people living in destitute situations. One of my topics was success and prosperity.

The greatest injustice I could have done to that family was to look at their circumstances and withhold the truth that could change their world. I knew they would be challenged. I knew their ego would be touched. But I also knew that every man faces his ego when confronting the confines of the life for which he has settled. But I was confident in the power of the truth that, when believed in the human heart, will transform any person in any situation. When we feel we have something that will help people and then withhold it because of the magnitude of their need, it is only evidence that we really don’t believe what we are saying.

Some might argue, “Do you realize how offensive it would be to tell people in lack they could have a better life?” Of course, I do! But I also realize it is wrong thinking, based on destructive beliefs, that is actually holding those people in their current circumstance. They have accepted and possibly become comfortable believing a lie. They settled for what they have when they didn’t know what to do because settling is a coping mechanism that frees people from the conscious stress of their situation. Once people have settled, they have to defend their position to keep from resurrecting the conscious awareness of stress. People are offended when faced with the truth that challenges what they have accepted. But, as I discovered many years ago, the truth that has the most potential to set us free also has the most potential to offend!

Einstein said, “No problem can be solved from the same level of consciousness that created it.” To put that into my own euphemism, “The thinking that got you into your problem will never get you out!” People think the way they do because they believe it is right. Being challenged with the possibility that they could change the very circumstances they have accepted initiates the defense mechanism to protect their ego by proving they are right! It is more important to justify circumstances than to discover solutions when ego is the driving motivation. That’s when offense occurs. But the truth that offends one may set thousands free.

“The thinking that got you into your problem will never get you out!”

Some months later when I returned to Mexico, the family in the drainage pipe had a chicken. This was a huge improvement over their previous circumstances. The next time I visited they had a chicken and a goat. Now their family was eating fresh eggs and goat’s milk. While that doesn’t seem monumental compared to our standard of living, it was relative prosperity compared to where they started and to the standard of living of the people around them. I don’t know where they ended, but I do know they progressed continually as their mindset changed and they exchanged the lie for the truth.

I have seen these truths work for people from all walks of life, many different nations, and all manner of circumstances. I have seen moderately successful business people become millionaires in a relatively short time. I have seen people go from barely getting by to having more than enough. Their definition of success was relative to where they started. But there is always one common denominator in those who make this journey. It is never the external sources that determine our ceiling for success; it is always how we have been programmed, what we have been led to believe by the influences around us.

Whether you are completely broke, moderately successful, or multiplying your millions, these principles apply to you and these tools can be used by you. You will use the same tools no matter where you are in life. Throughout this book, (Wired For Success: Programmed For Failure) your programming will be confronted! You will find yourself tempted to defend the very thinking that is holding you hostage to your current level of success or lack.

You cannot be both receptive and defensive; one precludes the other. You don’t have to accept everything at face value but you do have to be willing to study, think, ponder, and consider the possibility of the things you read herein. But more than anything else, you have to start any search with the willingness to find what you do not have. You have to attempt to open every door with a commitment to walk through it. You have to be willing to give up what you’ve got in order to find something better!

I encourage you to write that statement on a card and use it for a bookmarker. The level to which you feel defensive and threatened is in exact proportion to the degree your life will change by this truth! 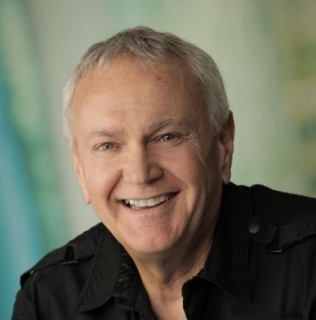 Dr. Jim combines spirituality, energy medicine, scientific concepts, and human intuition into a philosophical approach that aligns spirit, soul, and body, resulting in incredible health, emotional, financial, and spiritual breakthroughs. He holds four advanced degrees in Theology, Alternative Medicine, Human Behavior, and World Evangelism. This training, plus nearly a half-century of personal ministry, counseling, pastoring, coaching, teaching, consulting, and motivational speaking gives him the ability to communicate very complicated issues in the most practical, easy to understand manner. Dr. Jim is also an entrepreneur who has built several successful businesses ranging from contracting to real estate to marketing. As a national best-selling author, Dr. Jim Richards has written several books that have sold several million copies around the world.

This site uses Akismet to reduce spam. Learn how your comment data is processed.